Every year third grade is faced with an exciting, but potentially overwhelming experience.  They move from iPads to Chromebooks.  Which means they move from totally touch screen, to {gulp} keyboards.

Like I said, exciting, but definitely overwhelming.  It's the same every year, with every group of kids, too.  They come in very excited about their Chromebooks, in awe of all they will be learning throughout the year.  And then they try to log-in, and realize how challenging that is, and how long it takes.

After the first day of struggle, I ask the kids what would make it easier for them to log-in. And every year, the answer is the same.  "We need to know where the keys are!"  And every year, this kicks off our typing journey.

This year, I've added a mathematical twist.  And a little motivation.  Because many kids in this year's group, I noticed, are content rushing through each level of typing.com, earning the minimal score to pass to the next level.  No matter how much their teachers and I emphasize the accuracy over the speed, they continue to try to race through the practice (not a shock at all!)

For the first time ever, we're allowing the third and fourth graders to put stickers on their Chromebooks.  There's a large, clear, sticker that I put on the top of each device, and the rule is, the stickers must stay on the clear cover.  But for the third graders, they have to earn those stickers. 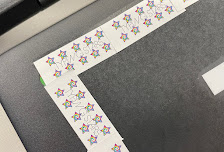 Instead of focusing on levels or words per minute (at least for now) the focus is on stars.  Typing.com gives kids the opportunity to earn three stars on each level, and each of their units has approximately 12 levels.  That means kids can potentially earn 36 stars in each unit. 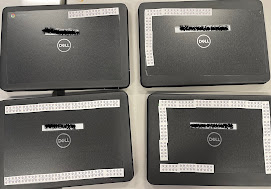 Two things were accomplished with this new addition to third grade typing.  First, students are highly motivated to practice their typing.  Second, they stop asking me when they can put stickers on their Chromebook!