The Expansion of Westward Expansion

As a student, history was never a subject I enjoyed.  In fact, I think I barely passed most of my middle school and high school history classes. (Shocking, I know!)  What I know now is that had I been taught history the way we teach history now (at least at my school) I would have been way more engaged! 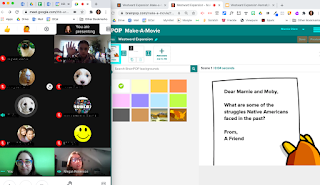 Take, for example, the fourth grade Westward Expansion unit.  These kids have spent a solid month digging into all they can find about the topic.  (And they're enjoying it, too!)  Rather than write a final essay on the topic, they are turning their learning into BrainPop movies.

The opening element of all BrainPop movies is the same - a letter from "a friend" to Tim and Moby.  When you make your own BrainPop, it's no different.  Because the students have spent so much time researching, they wrote their own letters, instead of answering one of the pre-written letters supplied.  Their letters probe into the topic they wrote about: 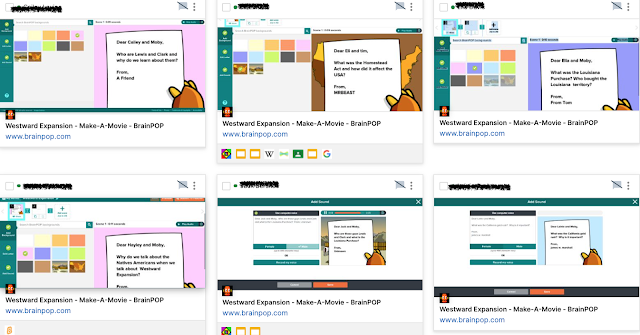 After they completed their letters, we used the computer voice (hey, BrainPop, when are we getting Tim and Annie's voices as options to use?!) to read the letter.  By using the computer voice, the kids writing has to be free from errors - that means capital letters and punctuation must be in proper place. 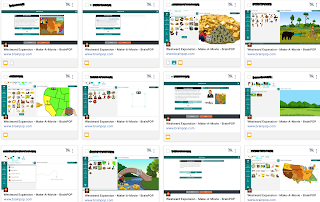 The same holds true for the rest of their movie.  They copy and paste the text from their typed essay into each scene in BrainPop.  Without proper capital letters and punctuation, the computer voice reads it very, very strangely.  By using the computer voice teachers can tell who used proper writing conventions and who still needs reviewing of those concepts.  All without writing a final draft, but publishing it as a BrainPop instead!